Flagrant TMI, but my period returned about two months ago. Two months postpartum and exclusively breastfeeding (I’m not bitter; you’re bitter). I was en route to the first in a series of sweater knitting workshops, my first night out sans babies, when Aunt Flo made her resurgence. Me: wholly unprepared and certain I was bleeding to death. Andrew: wholly unprepared and certain I was bleeding to death. Poe and Indie: oblivious to the moment’s magnitude. A quick call with my obstetrician confirmed the undeniable- that I had in fact reentered the world of menstruation, albeit sooner than expected- and we were left with and in momentary ease. My body the she-captain of efficiency; a recalcitrant rebel journeying back to ‘normalization.’ But within a few hours we began what soon escalated into a six week series of stresses: my milk supply almost instantly plummeting (menstruation or ovulation can result in a temporary drop in milk supply), goading three consecutive plugged ducts (a localized blockage of milk resulting in severe pain) a bout of mastitis, and an Indie with nothing to do but strike. 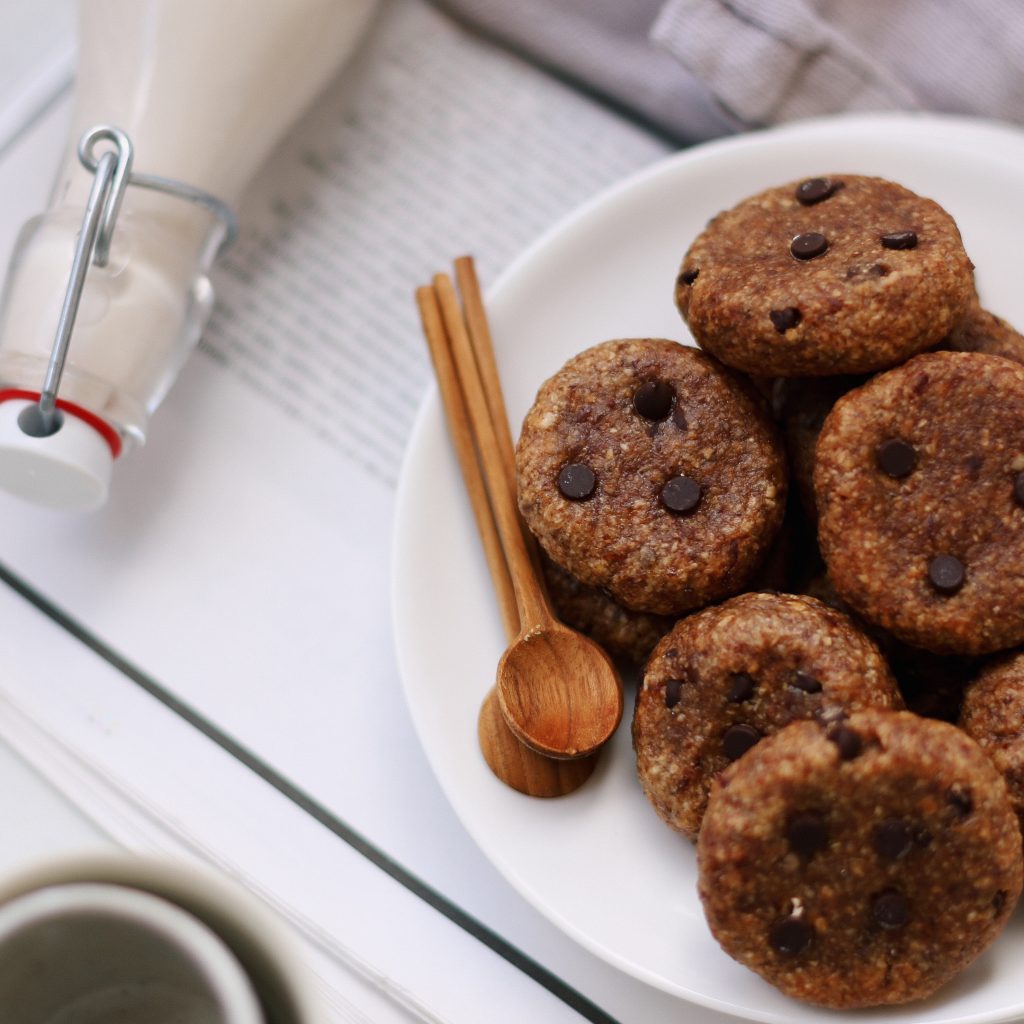 A real or perceived insufficient milk supply is the most common reason mother’s transition from breastfeeding. Usually caused by hormone fluctuations, stress, not breastfeeding or pumping often enough, or inefficient emptying of the breasts, my dip itself was stressful, only exacerbating its longevity and consequence. Nursing became both physically and emotionally excruciating: Indie screaming with every attempted nurse, betraying boobs and lethargic letdown taking us to the hem of newborn poise. Me encompassed by guilt, flailing. It wasn’t until I sought expert support, from my forever doula, an attentive lactation consultant, and Indie’s pediatrician, that we were able to break our cycle. Breastfeeding is a highly personal experience and different for everyone; a lactation consultant will develop solutions tailored to you and your lifestyle, to help you maintain a happy, healthy breastfeeding relationship. Through the incorporation of a new nursing and pumping plan, implemented self care, and increased hydration and nutrition, Indie and I reestablished routine. 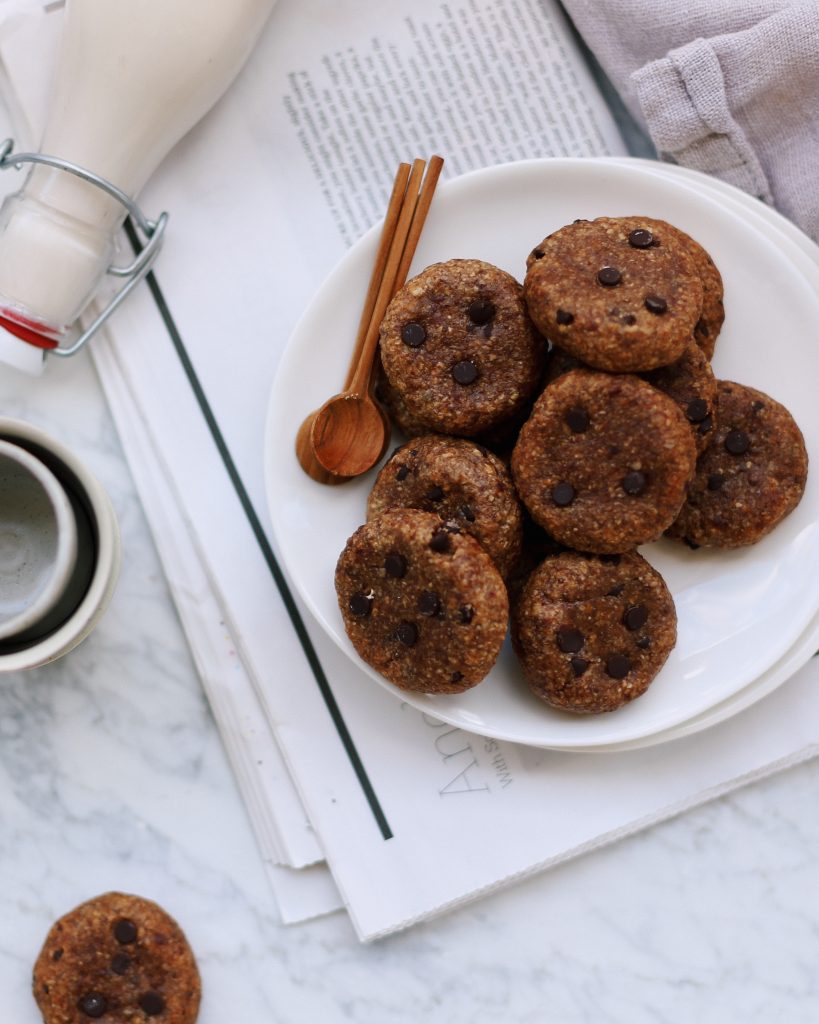 It’s estimated that breastfeeding increases a mother’s need for most nutrients, but also increases energy needs by  about 500 calories per day. Making my meals more substantive has been helpful in reaching that goal, but I’ve found the most success in including accessible snacks. Make-ahead friendly, portable, and non-perishable bites I can keep handy for easy nourishment. Granola bars, fresh fruit, hard boiled eggs, and raw nuts have been longtime staples, but finally finding breastfeeding stride, I’ve been exceedingly conscious of incorporating lactation promoting ingredients (called galactagogues) to prevent future issue. Lactogenic foods- like oats and barley, dates and almonds, fennel and brewers yeast- contain phytoestrogens and other chemical properties thought to stimulate lactation. It’s important to note that while women have used these ingredients for centuries, there’s no scientific evidence proving their effectiveness. Affectionately referred to as Chocolate Chip Boob Bites, I recently whipped up a lactation cookie recipe I couldn’t keep to myself (literally – Andrew and Poe won’t stop eating them!). Entirely plant based and wholly unprocessed, these cookies are made with oats and almond flour, naturally sweetening medjool dates and maple, and perfect little pops of chocolate. They’re chewy and decadent while providing that all-too necessary balance of quality calories, proteins, and fats. I typically keep a few in my diaper bag, to grab and munch when we’re on the go and hangry stikes. They’re equally as delicious crumbled over a warm porridge bowl or served alongside a piping coffee. Whether you’re breastfeeding or simply in the mood for a sweet treat. 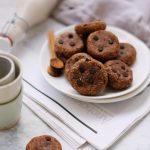 Preheat oven to 325 degrees F, rack in the middle. Line a baking sheet with parchment paper.

In a food processor fitted with an S-blade, pulse oats, almond flour, coconut, and sea salt to combine. Add almond butter, maple, dates, and vanilla and continue to whiz until mixture forms a uniform dough. Add chocolate chips and pulse until just dispersed.

Divide dough into 12 even balls, gently pressing each into a disk. Bake for 10 minutes; allow cookies to cool completely before serving.

As a dietary precaution, for those following a Low-FODMAP diet, this recipes contains dates, almond flour, almond butter, and shredded coconut – ingredients that if consumed over varying amounts contain moderate and high amounts of FODMAPs. While almond flour, almond butter, and shredded coconut shouldn’t be effecting, more than one cookie contains a high amount of Fructans (a subcategory of Oligosaccharides, the O in FODMAP), from dates. A humbling, albeit abrupt reminder to munch in moderation, if you’re following a Low-FODMAP diet, more than one cookie may trigger IBS symptoms. If you’re looking to learn about Low-FODMAP, read more here. 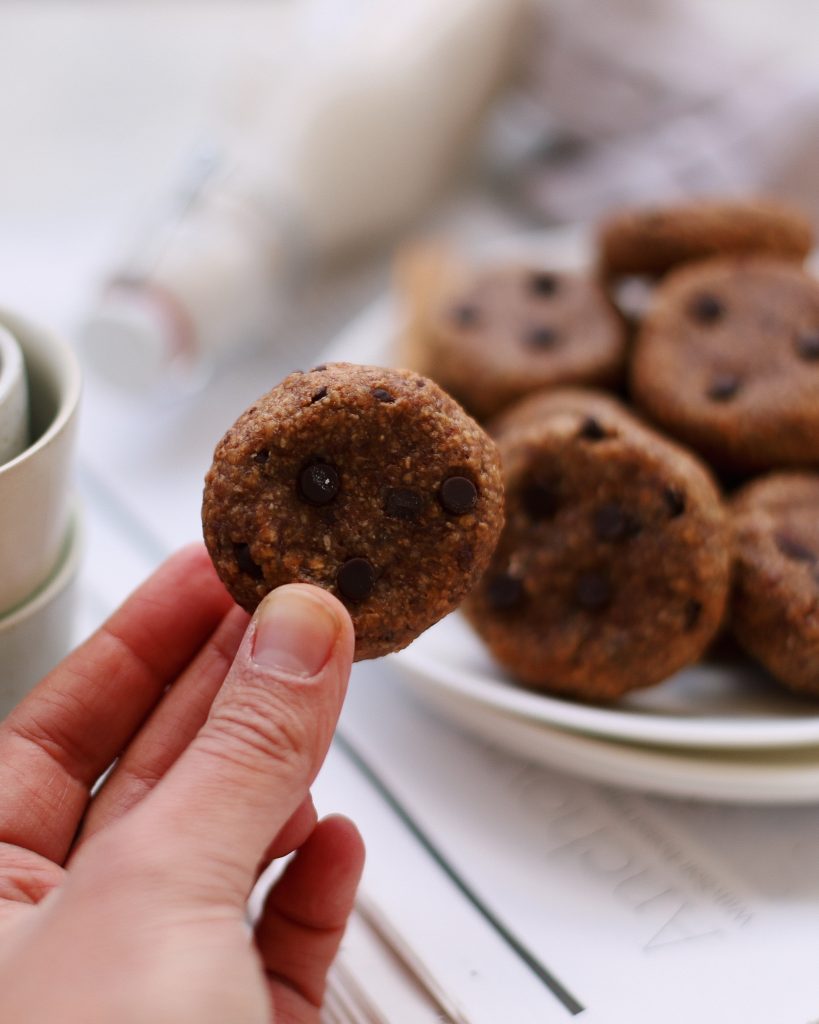